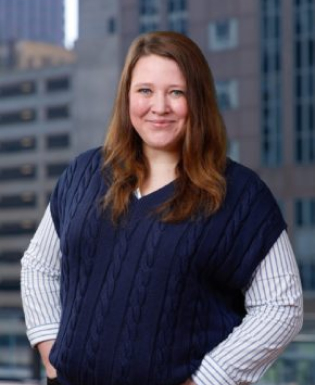 Eden joined T&Co in 2022 as an Executive Assistant and Talent Coordinator. She has worked in a variety of fields, including Hospitality, Digital Media, and the SaSS IoT space. She is very excited to take delve into Consulting at such a welcoming and inspired firm.

Eden was drawn to Treacy & Co because of their commitment to a culture of learning. Encouraging employees to expand their tool kit both personally and professionally really made T&Co stand out as a company that values and invests in its people.

When not working, Eden enjoys acting, directing, and writing poetry. She’s a big fan of Chicago summers and can often be found taking long walks through the city, listening to music, and drinking far too much iced coffee.