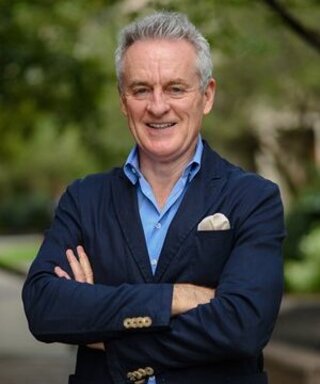 Michael Treacy is the President and founder of Treacy & Company and is based out of our Boston office. He brings over 35 years of experience helping companies achieve market leadership. Michael’s ideas about customer value propositions and growth disciplines have been used by companies across the globe to reshape strategies, bolster competitive positions and dramatically improve top and bottom-line performances.

Michael’s ideas have been shaped by his rich experiences as an academic at MIT, as an advisor to some of the most successful firms of the past decade, and as an entrepreneur who has established and led several successful firms. In his career, he’s encountered and surmounted almost every obstacle to achieving exceptional company performance and building extraordinary firms. Treacy & Company’s work draws on Michael’s three decades of research on business performance. His most recent book titled, Double Digit Growth: How Companies Achieve It No Matter What, has been a Business Week bestseller. It presents a commonsense approach for achieving superior, profitable growth. His earlier coauthored book, The Discipline of Market Leaders, has been a New York Times bestseller; it outlines the principles of leadership in a competitive marketplace – focused on an unmatched customer value proposition delivered through a unique operating model design. Many companies large and small have adopted these principles to drive their own business strategies and build competitive advantage.  Michael has also published numerous articles over the past two decades in many popular magazines and journals and is a frequent contributor to the Harvard Business Review.

Formerly a Professor of Management at the Sloan School of Management at the Massachusetts Institute of Technology, Mr. Treacy received his PhD. from MIT and his engineering degree from the University of Toronto. He has served as a board member for several leveraged buyouts and new ventures.

Michael enjoys researching and collecting 18th and 19th century art and artifacts produced in China for the western market and reading about history, from any period and for every region of the world.  Michael enjoys living in a natural environment with his family and 9 dogs, removed from the hustle and bustle of urban life.