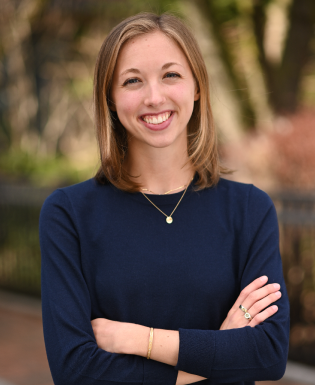 Whitney is based in Treacy & Company’s Boston office. Whitney has worked primarily in healthcare and education research.

Whitney joined Treacy & Company in 2022. She previously worked as a lab manager at Boston University and conducted research on early childhood education and STEM learning. Whitney graduated from Williams College in 2020, where she studied psychology and neuroscience.

Whitney joined T&Co for the learning opportunity and exposure to various industries and projects that the work provides. She wants to apply her interest and background in research towards tackling new kinds of problems. She’s also excited by the supportive culture of T&Co.

Whitney enjoys all kinds of skiing (especially backcountry!) and being outdoors. She loves spending time in Vermont with her family and pets, as well as exploring Cambridge and Boston with friends.