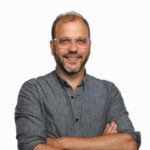 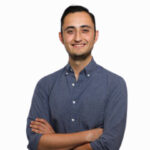 Despite the fanfare, clinical approval by the FDA is only the start of the go-to-market journey for medical devices or pharmaceuticals. To actually achieve usage by real patients and providers, medtech companies must navigate a complex network of medical codes, commercial insurance plans, government-funded plans, provider questions, and reimbursement rates. This is where the Market Access function comes in. A strong Market Access function is critical to the commercial success of Medical Device and Pharmaceutical companies, without which new devices, procedures, and drugs would never reach patients.

Our client is a leading global medical device manufacturer with a strong Market Access team. This team had established a long track record of success by driving near-universal access across its product portfolio. Their success was driven by how well they played their critical role of quarterback across a dizzying array of internal and external cross-functional teams, consultants, and researchers. However, during the COVID-19 pandemic, they experienced explosive growth that enabled them to make a rapid series of new product acquisitions that stretched this already lean team to its limit.

Before COVID-19, the product portfolio had strong patient access, so the team’s focus pivoted from short-term coverage initiatives to long-term relationship building. However, with the sudden influx of new products, many of which had low levels of medical coverage, the team had to quickly reorganize to focus on short-term wins that could create coverage in 6-18 months.

We partnered with the client to build a robust payer engagement capability modeled after-sales pipeline management. Each targeted payer was treated like a Market Access ‘prospect’ and each payer relations manager developed a tailored pursuit plan to engage the payer that focused on the clinical and economic messaging that would most resonate.

These pursuit plans identified the key influencers and decision-makers at each targeted payer and forced the team to proactively think through all the levers that could be pulled to influence each key stakeholder. The Market Access leads then coordinated all these levers by pulling in the right cross-functional partners cross the organization including government affairs, clinical and health economics.

Additionally, a new pipeline review meeting was introduced which held the team accountable for building momentum on a weekly basis. Any challenges or roadblocks were clearly called out and discussed as a group and each pursuit had clear next steps to keep the ball rolling.

Unfortunately, the sheer number of simultaneous pursuits created an admin burden for the team to keep pursuit plans and the pipeline consistently updated. The ‘old school’ approach of word docs and excel trackers was not going to work, but a full-blown CRM like Salesforce or HubSpot would have been overkill.

Instead, we helped our client identify the best cloud-based project management tool that was flexible enough to power the granular level of reporting needed, but user-friendly enough to not become an admin burden itself. The best tool for the job was SmartSheet.

SmartSheet enabled the Market Access team to track all their pursuits on one live platform and enabled the leadership team to have unparalleled visibility into what the team was working on through live, dynamic dashboards that refreshed automatically with the team’s inputs.

While there were several strong advocates for the solution, unsurprisingly there were significantly more detractors in the beginning. On the surface, the tool seemed like an additional burden on a team that was already strapped for time. A strong change management approach was critical to successfully deploy and scale the tool.

All-in-all, the pipeline management capability coupled with CRM “lite” accelerated our client’s ability to deliver on its mission to provide better access to leading medical procedures and deliver superior health outcomes for its patients.  The new processes and tools also had the added benefit of clearly showcasing the momentum and ROI generated by the Market Access team to corporate leadership. Moreover, unlike typical software implementations that are incredibly costly and take upwards of a year before any value is realized, cloud SaaS implementations are rapid and do not require special development resources. This implementation went from concept to pilot to scale within 6 weeks.

T&Co has worked closely with several Market Access, Medical Affairs, and Health Economics teams to install best-in-class capabilities that accelerate new product adoption.  If you are interested in hearing more about the case or our Go-To-Market capabilities, please reach out to Josh Coleman or Yan Vinarskiy.