What Can We Learn From Start-Ups? 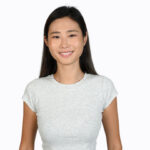 The start-up world may seem light-years away from the world of large, entrenched corporations that have been in business for decades. After all, what could a large enterprise possibly want to learn from a startup business that is barely out of the gates?

It turns out that executives of even the most established companies can draw important lessons from startups to better navigate the increasingly changing and competitive business environment we live in today.

Here are 3 start-up principles that can help any corporation better tackle innovation and growth.

It is a common misconception that the best way to showcase value is by putting everything on the table – adding more features, adding more buttons, adding more words to a customer presentation slide. Rather than creating value, this often backfires and creates confusion and frustration with customers and users.

Make every detail perfect and limit the number of details.

There is clarity in simplicity. Simplicity requires subtracting — not adding — to get to the essence of what matters. Simplicity is separating the signal from the noise for your customers. For a business or a brand, this simplicity lies in making its value proposition so clear to its customers that they can instantly understand, easily engage, and willingly refer.

Consider the Dollar Shave Club taking on and stealing significant shares from a corporate giant like Gillette. How did they do it?

Simplicity is not just reserved for disruptive startups. Even the most successful tech giants today have built a core value proposition around a simple user experience:

Simplicity inspires innovation. A litmus test to gauge the simplicity of a concept is to see if it can be explained to a high schooler — if a 9th grader cannot easily grasp the concept and its value, the market will also struggle to do so.

Done is better than perfect.

Sheryl Sandberg, COO of Facebook and Founder of LeanIn.Org

Overplanning can be just as dangerous as under-planning. We often see this with companies that spend lots of time and money crafting the perfect growth strategy, believing the job is mostly done once the strategy is formulated. But strategy is ultimately just words on a page. The rubber hits the road when those words translate to actual offerings/products/services that are placed into market with real customers. Customers will vote with their wallets and with their feedback.

Startups understand very well that an MVP – the minimum viable product – is simply a starting point. Launching an MVP gives a startup the opportunity to start learning what customers actually want, allowing the startup to rapidly iterate to land on a market-validated offering that has higher probability of gaining broader adoption.

Very few strategies go from boardroom slides to market validation in one linear flow. Iteration is a critical part of the process. For large businesses, overplanning in the strategy phase and under-investing in the launch/validate/iterate phase can cripple the success of their strategy, often because there is another competitor that is prioritizing speed to market and executing rapid market iteration as a way to really learn what customers want and configure an offering around it.

And very often, the winning idea is not the original one, but “the idea from the idea”.

Before Groupon became one of the fastest-growing companies of its time, it started out as a completely unrelated social media platform called The Point, which got people to rally around a social or charitable cause.

When the great recession hit, the founders were inspired by a related opportunity – to pool people’s money together to negotiate group discounts at local merchants who needed new customers. It turned out that this latter model was the winning formula with consumers and merchants.

So rather than lingering over the original concept or wasting time modeling what a transition plan would look like, the leadership at Groupon swiftly pivoted to this new “idea from the idea” and let the market vote with their wallets. The market voted by making Groupon one of the fastest-growing companies in the world!

Contrast this with larger companies who have been paralyzed by over planning. Motorola, Blackberry, and Nokia all missed the smartphone market because they failed to envision how the iPhone might challenge their own products, upend strategic partnerships, and endanger existing business models.

Meanwhile, Apple released the first iPhone into the consumer market and rapidly iterated to add features and functionality that enterprise users also wanted, leading them to steal the dominant share of this market from incumbents like Blackberry.

Launching an MVP in-market generates customer data, this data generates learnings, and these learnings fuel the rapid iterations necessary to ultimately land on a version of the business offering that has the highest probability of being successful and viable.

3. Get in Your Customers’ Shoes

Customers don’t care about your solution. They care about their problems.

Many businesses talk the talk about customer-centric business models. But those who walk the walk get rewarded with customer referrals and lifetime value that are the envy of their competitors.

Zappos is a prime example of a company that lives in its customers shoes (literally). They actually want to hear from their customers, which is why they make contact info easy to find on the website, allow calls to take as long as they need to take, and refrain from using call scripts. This empowers the customer service team to do exceptional things, like:

The results? 75% of Zappos’ purchases come from returning customers and nearly half of new customers hear about the shoe brand via word of mouth.

Scale does not preclude customer intimacy and Costco is a living example of this. The value retailer has a loyal following by leaning into its customers’ desire to secure a great deal. For example, Costco sacrifices margins to build cult-like followings with its:

The rotisserie chicken, alone, is estimated to cost Costco $40 million annually in losses, but also sells 100 million annual units and has a dedicated Facebook fan page.

But the relationships go deeper than discounts. Costco’s famous flexible return policy builds comfort and trust with customers who feel more secure and willing to experiment. Those customers also have no trouble finding a customer service number (front and center on the website) and speaking with a human agent. This may seem ordinary, but contrast this to other big-box giants with hidden numbers and layers of customer service bots who act as gatekeepers for their human equivalents.

It is no surprise that Costco continues to top the American Customer Satisfaction Index (5 years in a row). It has grown its membership base to over 100 million worldwide with an exceptional renewal rate of 90%!

Established companies may feel that startups have little to teach them. But by focusing on these three principles – simplicity, iterative thinking, and customer-obsession – business leaders can continue to drive growth and innovation amidst an environment where the rate of disruption is ever increasing.